We are absolutely thrilled to be able to tell you that 2016 has been the most successful Mount Folly Charity Festival yet, raising £2400 for Naomi House & Jack’s Place and The Rowans Hospices, £700 more than last year’s festival. Chris and Dielle would like to personally thank all the Iglooers who supported this event – The Igloo Band, The Igloo Choir, Laura, Sarah and Maria soloists and event young Erin, aged 8 who played 4 songs on the fundraising Open Mic in the morning. 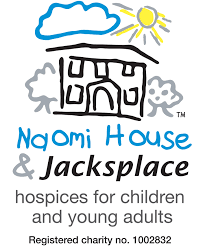 “It was a fantastic day full of laughs and all for two great causes” said Chris Wood, professional bass player and Assistant Director at Igloo Music UK
£530 of the total was raised by Wright Choice Catering, donating proceeds from the delicious BBQ, puddings and hot drinks they provided at the event. £330 was raised from bar sales, provided by Mike from Wickham Beer Festival, who do a huge amount for our local community.

Despite the thunderous rain the previous day, the British public came to Mount Folly Nurseries to browse the craft fair, have their face painted by Louisa from So Parties, have a dip in the Vita Spas, and enjoy the entertainment provided by Solent Sounds, Igloo Music UK and Aziza Egyptian Dance. Money was raised from plant and pot sales at the nursery as well as a variety of other activities. “It was a real party atmosphere this year” said Dielle Hannah, Event Organiser and Director of Igloo Music UK, “we have a great team around us now, and everyone is very supportive. I’m very proud that the festival gets better each year and hugely grateful to everyone who gives up their time to support these charities.”

Sarah Hudson, fundraising executive of Naomi House & Jack’s Place told us earlier in the year it costs £15,000 a day to run the children’s hospice. “We really appreciate your ongoing support and please pass on our sincere thanks to all your team and everyone who works at Mount Folly.”

The event organisers, like so many people, have had family members in the care of The Rowans Hospice, and would like to say a very big thank you to everyone who made this event a success again this year. “We had a wonderful day again”, said Christopher Woods from Portsdown Travel, a fundraising travel company in aid of The Rowans. “We met a lot of people and heard a lot of sad stories, but also made a lot of people aware of what we do.”

The Mount Folly Charity Festival will take place again next year on 25th of June, at Mount Folly Nurseries. Bring your swimming costumes!